I know - anybody can make a bracket. But does everybody post it online for public ridicule? If you did, post a link in the comments! 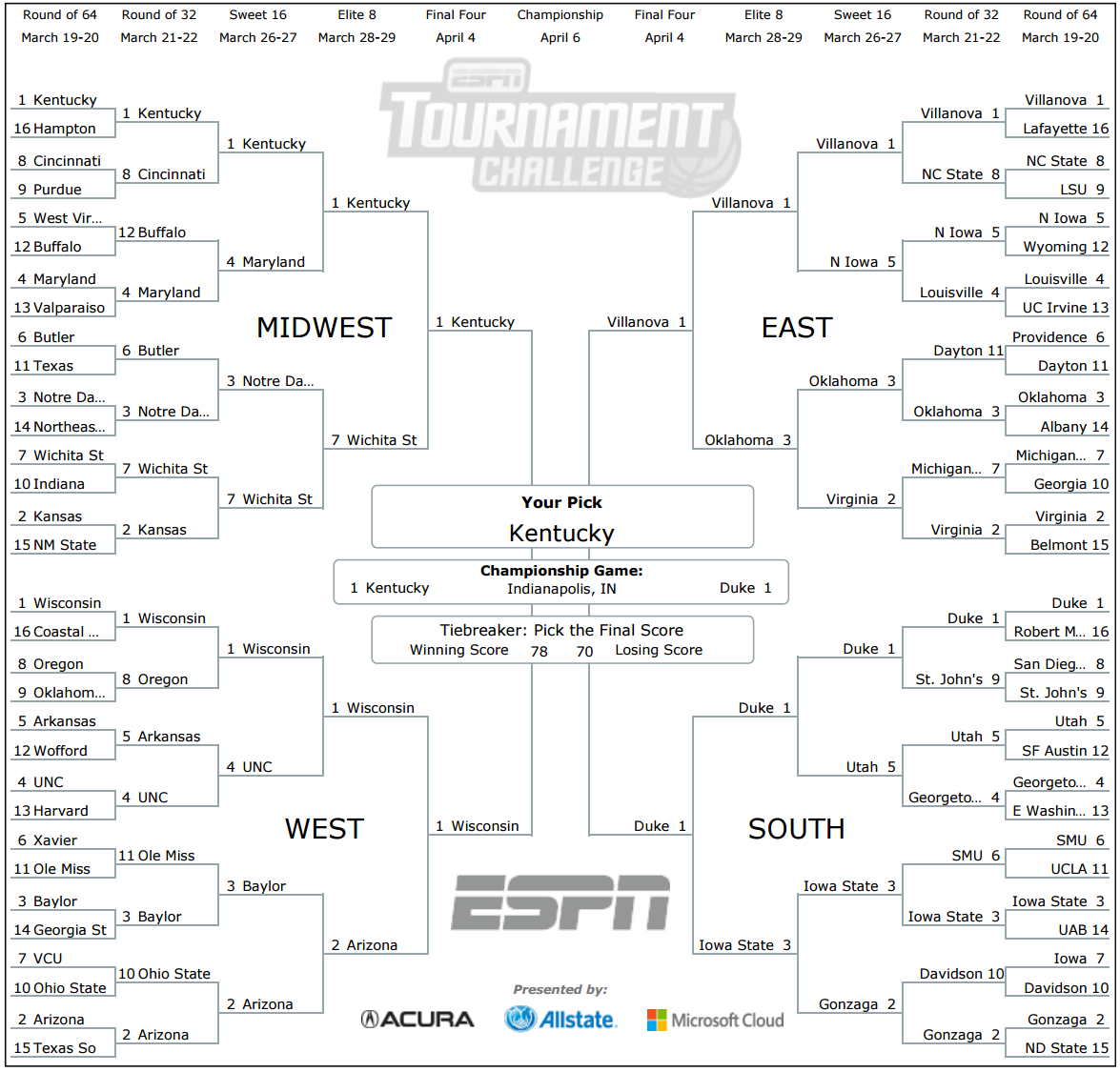 Winning in the NBA

WARNING: This post is extremely long and deals with a very complicated subject - what it takes to win in the NBA. A TLDR version can be viewed here. For those that read on - I warned you!


Winning in the NBA


What a season for the Cleveland Cavaliers. Early season excitement gave way to frustration as the team fell below .500 multiple times. When LeBron went to Miami for 2 weeks to fix his ailing back and ankles (the first such break since a wrist injury sidelined him at the end of his first Cleveland stint), it seemed to portend a lost season (and possibly more). Then LeBron came back, dropped 33 on the Suns (though in a loss, the 6th straight at the time), and generally looked like LeBron again. The Cavs acquired some defense (Timofey Mozgov), shooting (J.R. Smith) and depth (Iman Shumpert), Kyrie took a leap, and the team went on a tear.

Not lost during in the cycle has been the play of Kevin Love, who admitted to having to make big adjustments. The season has been a struggle with him posting 5 year lows in major statistical categories, missing the All Star game, being referenced in a bizarre tweet from LeBron, and getting benched in crunch time. There have even been some ridiculous rumors that Love may not re-sign in Cleveland this summer (ridiculous because it is not the right time to speculate about that, unless you’re Goran Dragic).

The trade the Cavs made for Love last summer turned out to be immensely polarizing. Before the season I tried to determine Love’s value by comparing him to other players at his position as well as analyzing his effect on Minnesota’s team-wide statistics.

My research returned mixed results: Love is undoubtedly oneof the best power forwards to ever play the game, as measured by box score stats. But his ability to affect Minnesota’s team numbers was muted. In fact, I found that of the common box score stats, only half really vary from team to team: 3 point and free throw attempts, offensive rebounds, steals, and blocks. Love’s ability to gather defensive rebounds almost didn’t matter as the best rebounding teams are only a bit better than league average. The data brought up more questions than answers, pointing to the complex, team-oriented nature of basketball.