Josh Freeman is back discussing how he can improve his throwing mechanics and become a more accurate quarterback:

Josh Freeman: Ok, I get it now. My feet need to move with my eyes, my front hip needs to stay pointed at my target, and I can't let my waist get parallel to the line of scrimmage... but it's scary in there, man. You got these 300+ pound linemen bearing down, speedy linebackers coming around the edge, and my offensive line ain't world-beaters. There's just no time to sit there and get your feet right. Sometimes you just got to feel it.

The Good Father (TGF): I hear ya, Josh. Quarterbacking ain't easy. Never was meant to be. But the best quarterbacks in the league consistently get their feet under them to direct their throws...

Josh: But their playing with time to throw! Those pockets are clean, father.

TGF: What about, say, Peyton Manning? He is the best passer this year by far and his line is riddled with injuries.

Josh: Whoa, whoa, I'll just stop you there. I've seen that Peyton dude. Seems pretty chill but let's just say, between you and me, that fool ain't no young buck, ya know what I mean? No way he gets his feet around. He can barely get lined up without tripping!

TGF: Well let's take a look at how Peyton does it: 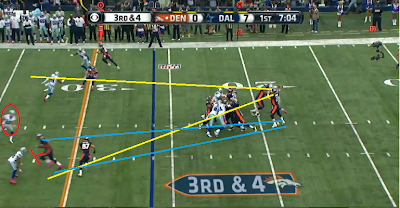 WARNING: This transcript is not for the faint of heart. It is a gruesome confessional given by Josh Freeman on his quarterbacking sins, which are many and varied, and may scar your football watching experience forever. They are a lesson to those who would embark on the strait and narrow path of quarterbacking discipleship. May you learn from Josh and be better prepared to throw frozen ropes in hail of Mary.

Josh: Oh Father, I have sinned.

The Good Father (TGF): It's okay, Josh. Tell me your heinous acts of callous quarterbacking and all will be forgiven.

TGF: All is well. It sounds like you just have some issues with your throwing mechanics. Nothing The Good Father can't fix.


Images from this last week's game against the Giants, Freeman's first start as a Viking. 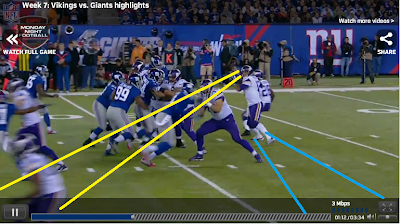 Why I Hate the Red Sox: 2013 World Series Preview

What an exciting baseball postseason! Pitcher's duels and plethora of 1-0 games, extra innings finishes, and a couple game-changing grand slams have made this an October to remember, and we should only hope that the Fall Classic is just as exciting (if not more!).

Before the postseason, I wrote that the St. Louis Cardinals looked like the best team, and they have shown nothing to indicate otherwise. But my favorite in the AL? Part due to the aforementioned slams the Detroit Tigers are sitting at home as the Boston Red Sox get ready to host the Series. I'll admit: apart from my picking the Tampa Bay Rays and Tigers in my playoff picking competition with my colleague BPix, I had other reasons to root against Boston. In case you didn't catch the snarky tone evident in my tweets (@xingtheli) during Red Sox games this postseason: I hate the Red Sox.

Now hate is a strong word. We as a society probably use it too often; it is a nice one-syllable word that conveys a very specific emotion, but most situations might call for more nuance. Common usage of the word includes references to people, even athletes, and I am guilty in this context. I hate Manu Ginobili, I hate Ben Roethlisberger, I hate Bernard Pollard, etc. Really, we shouldn't hate people - hate is a root of many of the world's problems, and the word should be used only in extreme situations. So let me be clear: I really do hate the Boston Red Sox. And these are the reasons why: